The IRIS PoC proved that a state-of-the-art neural network system is capable of processing difficult data sets, which the traditional approach wasn’t able to handle.

LifeArc is a self-funded British life science medical research charity, which advance translation of early science into health care treatments or diagnostics that can be taken through to full development and made available to patients. Since the charity’s establishment in 2000, the organisation has helped bring a number of new innovations to market. www.lifearc.org

LifeArc is an innovative charity organisation that advances medical research towards patient treatments and diagnostics. The charity collaborates with a range of partners from the healthcare industry, charities, universities, research organisations and other institutions focussed on improving the lives of patients.

LifeArc’s main focus is on progressing preliminary lab-based findings to development, aiming to accelerate the time it takes for new treatments or diagnostic innovations to reach patients.

The drug discovery efforts of LifeArc’s scientists include functional assessment of potential new medicines in biological experiments. One of the key methods in which this can be achieved in early development is by using disease relevant, in vitro cell cultures. In particular, fluorescent imaging of cells treated with a compound allows the investigation of the effects of the compound on different aspects of the cell. Each experiment can yield thousands of images, with hundreds of cells on each image. The microscope images must then be analysed, and the research team must decide whether the substances will have the desired effect and consistency.

LifeArc scientists were experiencing certain challenges around this process and realised that they needed a solution that would be technologically advanced enough to truly meet their innovation objectives.

The team wanted to find a way to optimise the processing of images as well as the building of new image processing pipelines. Their existing setup was time-consuming, required extensive domain expertise, and posed difficulties related to knowledge-sharing as everything was processed locally (as opposed to via cloud hosting). Moreover, the software they were using wasn’t always able to provide the desired results.

Having analysed their needs, they decided to assess how a brand-new, state-of-the-art system based on neural networks could support them in their endeavours.

At the beginning of their cooperation, Objectivity conducted a comprehensive project validation workshop with LifeArc’s team of key stakeholders, including a team of SMEs —scientists doing both the “wet work” and analysing the imaging data.

During the 3-day workshop, Objectivity was able to define the business case and the Proof of Concept (PoC), which would aim to address all of the scientists’ identified challenges. The teams worked together to identify the type of solution that would bring the company the most significant operational benefits. A Business Analyst, Developer and two Data Scientists took part in the workshop to ensure all of the most important project areas would be covered.

The Objectivity team built the backend of an analytics system, implementing it on the Azure Cloud with the use of Azure Machine Learning (ML). The developed backend solution — IRIS — is capable of processing and analysing entire data sets in an end-to-end manner. It covers such areas as cell detection using a convolutional neural network, single cell extraction, feature extraction using a convolutional autoencoder, dimensionality reduction, and clustering. IRIS can also detect analysed cells’ nuclei with the use of a specialised neural network. The application separates entire cells from the processed images and the autoencoder extracts relevant features from the single cell images.

Moreover, the solution’s dimensionality reduction feature allows for the visualisation of the groupings of single cells on a 2D plane. All this enables LifeArc’s scientists to investigate the results in terms of biological plausibility and to apply corrections, if necessary. The scientists don’t have to study machine learning in order to fine-tune the results and imbue them with their expert knowledge — all this is accomplished through a UI that facilitates the process. At the same time, the scientists have the control necessary to achieve the desired biologically plausible results.

Once a preliminary version of the IRIS PoC was built, the application underwent an extensive testing phase. The system was tested iteratively, in line with the agile way of working, allowing LifeArc to evaluate its functionalities on an ongoing, regular basis. The Objectivity team adapted the application during each testing iteration to meet LifeArc’s feedback and requests.

Having had the opportunity to test out the preliminary version of the IRIS application, LifeArc’s scientists were delighted with the initial outcomes. The PoC showed great promise. The results the organisation was seeing were equal or better than those achieved via the traditional approach, which in some cases involved the manual counting of data points.

The IRIS PoC proved that a state-of-the-art neural network system is capable of processing difficult data sets, which the traditional approach wasn’t able to handle. Additionally, having implemented the PoC on Azure showed that hosting the application on the cloud makes it significantly faster and increases user capacity without affecting functionality. Cloud hosting provided LifeArc with a much sought-after performance boost, eliminating system downtimes and allowing the researchers to work on many data sets simultaneously.

Impressed by the PoC’s functionalities and operational benefits, LifeArc scientists asked Objectivity to conduct an additional joint workshop. During the second workshop, the Objectivity team focused on the UX and UI of the application as well as on defining the backlog of system features. Thanks to having a defined set of required functionalities, future development effort could be either iterative — focusing on IRIS’s specific features one at a time — or more holistic. The main focus of the PoC was to test the backend capabilities of the system, however, the frontend of the solution was also developed to the extent that allowed LifeArc’s team to explore the look and feel of the application.

The IRIS PoC proved that adding a technologically advanced solution to their portfolio of research tools would enable LifeArc to resolve their operational challenges. IRIS has the capabilities necessary to accelerate work processes as well as to increase efficacy and precision, particularly in complex biology. It can also allow LifeArc to process a greater number of data sets — a key system feature for an organisation that specialises in drug discovery, as this process involves having to perform hundreds of thousands of tests on vast amounts of data.

Having taken part in the workshops and testing phase of the IRIS PoC, scientists were able to validate the system’s scientific and functional feasibility. Additionally, for just a small fraction of the cost of the entire project, they were able to determine whether or not they would like to proceed with the full development of their concept.

Deciding to add a custom-built solution to their portfolio of medical research tools would provide LifeArc scientists with greater control over its functionalities as well as enable them to implement new features more quickly and easily. 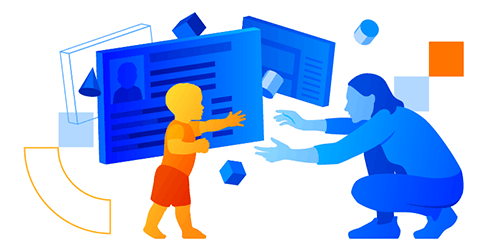 Greater Manchester Combined Authority is the first region in the UK to launch an innovative Early Years app, which was created to give young children in the area a better start in life. The app was launched as part of the city-region’s Digital Blueprint project which seeks to leverage digital transformation capabilities to better serve citizens. 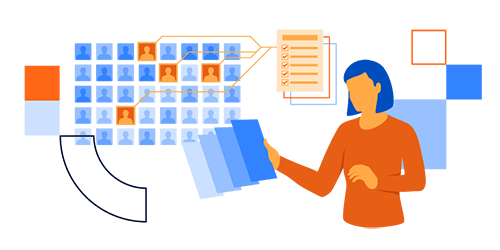