Edrington is an international spirits company based in Scotland. Its history stretches back to 1887. Since then, Edrington has managed to build its international reputation with brands like The Macallan, The Famous Grouse, or Highland Park. Objectivity as a strategic technology partner to Edrington, have applied both technology and operational innovation, to modernise old applications and to provide long-term support for Edrington’s ongoing global business growth.

One of the first applications that we looked at was something that managed our cooperage system. We engaged with the guys, brought them in, they handled everything for us and really did a fantastic job of cleaning up a lot of the mess that we had. We did it in an agile way with them, which was the first time we’d really done a project in an agile way and the Objectivity team really helped us through that process. It wasn’t something that we had a lot of experience of. And the end result was fantastic for us.

The first application we did was a really old system and we had no support, we had no source code. The guys came and replatformed it, moved it across onto our new standard platform that we defined with them. It was a seamless transition end-to-end. They handled all of the work for us and really did a fantastic job of engaging with our business users and stakeholders and managed a lot of that process. The resulting application was fantastic.

We had very few issues after go-live, it was a really smooth transition. And the feedback from the business guys was, ‘this is fantastic!’. We’ve gone from something that was really old to a new, modern application. The guys are just delighted with the outcome,

Peter R. Smith, Head of Solution Delivery at Edrington: During that time we put in place some really quite new models, things that we hadn’t thought of before. The first one was something we called the ‘umbrella’ model, which was a support mechanism, so that was the idea that all of the systems that we gradually transformed we put under your ‘umbrella’ so there was a level of operational support, because obviously, without having the team yet trained in those areas, there were risks in terms of anything happening operationally. So, you’ve provided an excellent service in that, it was tested a few times, and again, it simply worked.

Euan Fraser, Director of Business Technology at Edrington: One of the other things that’s been really key in our relationship with Objectivity is their ability to retain the domain knowledge that they’ve had. We work in a very specific industry, we have a lot of terms that are very specific to us. And what’s been great has been the way the analysts, the developers, or whoever’s come on site has really understood our business before they come on site, and retaining that domain knowledge and understanding so that when somebody comes on it’s not starting from zero. It’s always somebody who understands about casks, bottles, and batches, and the things we deal with, and that’s been great.

Peter R. Smith, Head of Solution Delivery at Edrington: The thing I value, the reason I’m still committed to this as an engagement, is that the partnership aspect of it has always genuinely worked. We have conversation, and if we have issues, we resolve issues. And it’s not that everything has gone perfectly. Everything has not gone perfectly, it never does. But it’s when things haven’t gone perfectly that we have resolved them. And that’s the real test. We’ve always managed to find a sensible, professional way to resolve these things. And that to me is the real test of our partnership. I think that’s one of the reasons it’s lasted as long as it has lasted, one of the reasons why it will certainly last for many years to come.

Euan Fraser, Director of Business Technology at Edrington: We’re coming to the end of the project now and we’re looking forward to Objectivity supporting that key application for the next four or five years. And that for us is great, we’ve got a safe pair of hands who can look after a key system for us.

Peter R. Smith, Head of Solution Delivery at Edrington: The scope of work you’re doing for us is not fixed. It started off genuinely very, very small, in a very specific area, and it has grown now and expanded into a number of different areas, some of them very alien to you, some of them not anything you were ever involved in or experienced before. And yet all of the evidence is that it’s working. All of the evidence is that the same skills that brought success in one area are bringing success in another area. And again, that’s proving very valuable, and I think that has very much cemented your position as a key strategic partner for our business. 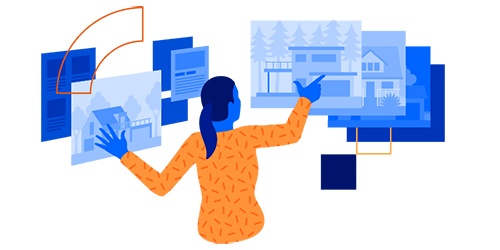 To ensure your marketplace remains attractive and relevant, you need technology specialists with a wide expertise who implement the ideas of the great business people.