Employing the digital assistant during mission planning sessions has the potential to completely transform the infantry’s preparation processes.

The Client’s infantry has to diligently plan and prepare before every mission—and, as each mission is different, the infantry needs to study different knowledge sources before each of them. At times, the entire process could take as long as 5-6 hours.

As such, the Client came up with an idea to create a digital army assistant that would speed up the infantry’s mission planning sessions and reduce preparation time to about 1-2 hours. As their desired solution, they imagined a smart AI-powered voice assistant that would let the planners ask questions and get immediate factual responses. It was also important for them to determine whether the assistant would be able to provide visual aids to certain questions (e.g. an image of a certain model of tank, etc).

Aside from the fact that mission planning would often take several hours, the Client was also facing another inconvenience, which they hoped the digital assistant would help them eliminate.

Having an abundance of non-digitised data resources means that the infantry has to pack a surplus of written materials along with them on every mission. This is because most of their documentation is paper-based, and they have no way of knowing which additional pieces of information or forms might be required.

Introducing the digital assistant into their planning processes would eliminate this issue entirely as it would make use of a structured and curated digital database. In turn, this would measurably accelerate and organise their information seeking efforts as well as eliminate the risk that they might not have access to the information they need when they need it most.

When the Client first came up with the idea to create the digital assistant, they did not know whether their concept could ever actually become a reality, or whether the idea was financially and technologically feasible.

They approached Objectivity in hope of determining whether the digital assistant concept could be transformed into a working solution. Objectivity’s team took up the challenge and was determined to meet all of the Client’s concept requirements. The team’s aim was to create a PoC of a solution that would eventually use market-leading digital technology to help the Client become more agile.

Prior to commencing work on developing the PoC for the digital assistant, Objectivity’s team of experts took the time to learn about the mission planning challenges being faced by the Client’s infantry.

As a result of these discussions, it became clear which key functionalities would have to be developed for the new solution to meet the army’s desired requirements. Namely, the digital assistant would have to be able to answer factual questions, deriving answers from a predefined knowledge database. Additionally, it would have to become possible for the answers to be extracted from certain non-structured data sources (i.e. a publicly available PDF).

The PoC for the digital assistant was developed in an iterative, step-by-step manner. First, the development team created a knowledge database from which question and answer pairs could be created. Following the Client’s suggestion, they used a publicly available PDF document as their main Q&A data source. The team leveraged automation technology to check whether it would be possible to create meaningful Q&A pairs from such a non-structured data source—without having to involve Data Scientists to produce an alternative solution from scratch at a much higher cost.

To accomplish this, Objectivity chose Microsoft QnA Maker as the processing engine that recognises users’ questions and matches them with the responses within the data source. The QnA Maker read the PDF file and created a knowledge database containing question and answer pairs. This Microsoft service also allows for the derived data to be easily curated. This would aim to give the Client the chance to determine which Q&A pairs were relevant (and which could be omitted), and to individually alter the questions and answers to better reflect their needs.

Employing the QnA Maker service proved to be an efficient and cost-effective approach. Especially when comparing the alternative—engaging Data Scientists to create a solution from scratch. This choice would have increased expenses and slowed down delivery time.

The second part of the digital assistant PoC involved the development of the bot functionality. The initial bot hosted as an Azure Bot Service was webchat-based. Microsoft’s webchat control allowed users to communicate with the bot by typing questions, they could also press a microphone icon and speak to it. To make the communication even more natural and change the solution into a voice-first project, the team chose Amazon Alexa as its voice gateway. To accomplish this, Alexa skills (an AWS service) was used to expose the bot’s processing engine and to connect it to Amazon Alexa.

With Alexa Skills, a programmer can easily build on the solution’s existing functionalities. For example, normally, when Alexa is asked a question, she responds with information she found scattered around the Internet. However, Objectivity’s team programmed her in such a way (adding a ‘planning assistant’ functionality) that when asked, “What is leadership?”, she responds with knowledge sourced directly from the publicly available PDF.

Below is an example of a dialogue scenario.

Answer: “A combination of character, knowledge, and action that inspires others to succeed.”

To ensure easy, hands-free usability, it was crucial for the digital assistant to be a voice-controlled AI solution. Hence, Objectivity’s team connected Alexa’s skill to Amazon Echo Dot 3 to test how the voice feature would work and respond during a real-world mission planning session. The tests showed that this is a very convenient and effective approach.

When preparing for a mission, the Client’s infantry must always determine which military equipment to pack. As such, it was important for the digital assistant to also have image answer capabilities. To meet this requirement, Objectivity developed an additional functionality—an Alexa-based planning assistant on Android—which answers questions with text and corresponding images.

Equipped with this functionality, the Client would be able to benefit from the convenience of a hands-free voice bot—however, they would also be able to pull up images to supplement their queries whenever they needed to.

Objectivity’s development efforts proved that the Client’s innovative voicebot idea was, in fact, a concept based on which a fully functional solution could be delivered to the market.

The first stages of the digital assistant project showed that rapid innovation for the public sector is indeed possible and that—with targeted development efforts—cutting-edge ideas can be turned into functional solutions.

As an output of this project, Objectivity’s team proved that:

When the Client approached Objectivity with their idea for the digital assistant, they did not know whether it could ever become a reality. The development team listened to the army’s needs and responded to all their pressing requirements with fit-for-purpose functionalities. This project showed that what the Client imagined is, in fact, feasible—and, better yet, it can be created in a reasonable timeframe and for a competitive price.

Employing the digital assistant during mission planning sessions has the potential to completely transform the infantry’s preparation processes—allowing them to take advantage of all that digital transformation has to offer.

They would no longer need to sift through thousands of pages or pack unnecessary paper documents wherever they go—the digital assistant would be there with them, every step of the way. 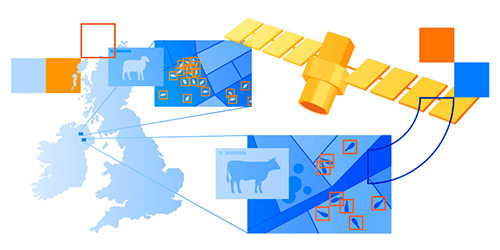 Helping fight against the spread of COVID-19 false information 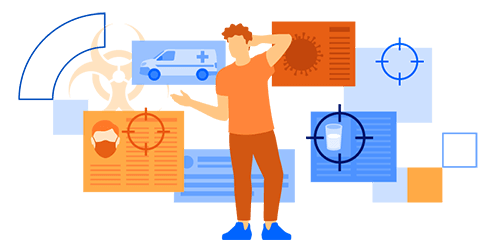 The Polish Press Agency (PAP) sought out to create a Cloud and AI based chatbot capable of verifying coronavirus-related news stories. 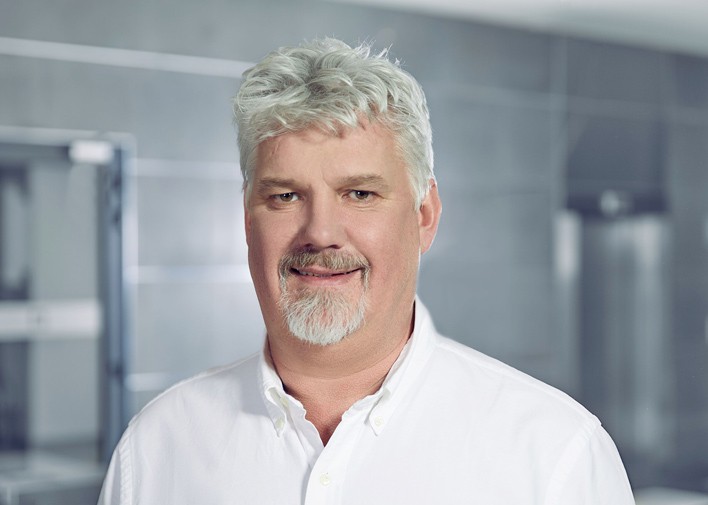