Why are we a values driven company?

All 372 Technology 192 Business 87 Project Management 17 News 03
Peter Brookes-Smith
With my share of grey hair, I've enjoyed a number of tech jobs from S360 Assembler developer to Project Manager and beyond. Also 15 years in various pure business roles running parts of the operation in Volkswagen. Husband, father of 5 and glad to share life with Boris and Basil our 2 labradors.
See all Peter's posts

I was asked this question recently by one of my colleagues in the communication team. To preserve his anonymity, let's just call him Mr Faber! The short answer seemed like a statement of the obvious: Because it’s what I believe in and it’s the only way I know how to run a business in a sustainable way.

He didn’t seem quite satisfied and asked me to elaborate.

I guess like most people my age who've spent more than 20 years working in large corporates, I’ve seen my fair share of management development, leadership development and transformation programmes. In my experience, the results were less than anyone had hoped and like a burning ember that falls from the fire, there just wasn’t enough critical mass to keep the flames alive.

Other blasts of icy air took their toll as well. Maybe a global programme taking the business in a new direction. Maybe a tough situation that management believed called for a change of direction.

For all the people involved who had worked hard to try and build a brave new world it was a bitter blow when the transformation was derailed or discredited.

In leadership programmes I heard many times that you should start with values which should be lasting and stand the test of time. Then create the vision and cascade that down to missions and objectives. Eventually, we could tie the whole organisation together, marching to the beat of the same drum. Success would be inevitable. It wasn’t.

All too often, the reality was a patchy implementation of a grand plan with huge inertia that prevented people from responding to changing conditions. I became more and more disenchanted with the concept that central planning must be at the root of business success.

Michael Porter (Strategy guru) seemed to say that strategy creation was a conscious process and if you worked hard enough at it, success would follow. I didn't believe it had to be so and searched for alternative views. I found the writings of Henry Mintzberg. He viewed strategy as an emergent process. It comes from many places and develops over time. My own experience told me this was a far more accurate view of how the world worked and I tried to embrace the ideas.

There were further threads developing in the way I saw the world. It seemed (still does) that Darwin had a lot to offer. In short, the world changes and things either thrive, survive or die. Sometimes it happens fast and sometimes slow. Under different conditions, different things will be successful. Nature creates its own success by throwing up variations which can pass their attributes to their descendants. It does this all the time. For a business to thrive, I believe it must allow and encourage variations (or diversity).

To elaborate slightly, a common strategy for longer term planning (say up to 10 years out) is to map out the possible futures and then create plans for success in each of those scenarios. Next, look for signposts that help you see which of the future scenarios is coming true. In fact, I’m giving credit for more than I have actually seen because mostly, we’re poor at considering numerous alternatives. It’s pretty common to create one believable route and bet the farm on it.

To make it seem more scientific, sometimes, we might engage with specialists to help us envisage the future and develop a vision of our place within it. I’ve met a number of futurologists over the years and in general, I believe they aren't able to predict the future in a way that is at all helpful. It’s a pleasant way to spend a couple of days but ultimately, it’s probably futile.

So... If it's really hard (impossible) to predict the future and plan our way to certain success, what are we to do? I believe it's completely reasonable to mimic nature. Create all the conditions that are needed to throw up variations (I'll do it within a values framework), allow the successful ones to thrive and pour petrol onto the fire of their creativity. Encourage them to pass on their winning ways like a virus by talking about what they did as often as possible. Allow the less successful ways to gracefully pass into the annals of history and remember them fondly (their day may come again). Do this all the time, at the macro and micro level and get good at it. Don't waste resources on futile exercises trying to predict the future to create the illusion of certainty and adding inertia to your world. Rather use that saved time and money to create spare capacity and let people use it to experiment.

At the highest level, we're a values driven IT Services organisation. I'd be happy for us to try any new direction within that framework.

I hope that in some way this answers the question raised by my anonymous friend. If it doesn't, I expect he will shout :)

Of course if anyone else would like to discuss the ideas I've put forward here, please just ask me. 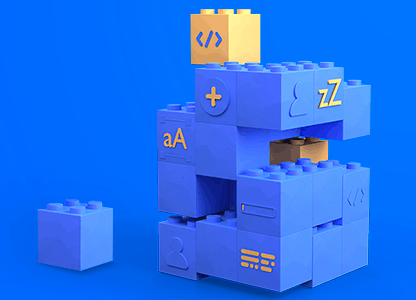 Business 3 minute read
Grzegorz Strzelecki on Feb 3, 2021
Custom Software vs. Packaged Solutions — What Will Reign in 2021?

I’ve been in this business since 2005 and, over the years, I’ve seen many IT leaders struggle to decide whether they’d like to address their business needs with a product or custom-written software... 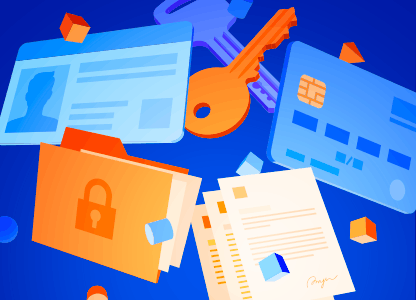 Business 5 minute read
Beata Winczaszek on Jan 28, 2021
There Is No Privacy Without Security

It’s already over two years after GDPR’s implementation, and there's still plenty of work to be done on privacy and data protection awareness. That’s why any occasion is worth using to discuss and explain GDPR. I believe that 28 January — the Data Protection Day is just one of those occasions. As in previous years, we celebrate the Data Protection Day at Objectivity, giving our colleagues an opportunity to ask questions, and to talk about privacy... Business 5 minute read
Objectivity on Aug 13, 2019
Becoming a Business Analyst for the German Market at Objectivity

Objectivity is expanding on the German market and thus we are looking for more Business Analysts who speak German. Below you will find an FAQ of everything you wanted to know about a BA role at Objectivity but were too afraid to ask. If you see yourself as a good link between a company and its clients, come and join us...