The evolution of a team - part 3

All 342 Technology 174 Business 77 Project Management 17
Paweł Słowikowski
Scrum Master by trade, Trainer by choice, Human Being from birth. Interested in agile methodologies and leaning towards Lean. More than 8 years of experience in a multi-cultural IT projects, including 5 years as a Scrum Master and 1 year as an Agile Coach. Over 300 hours as trainer of Agile methodologies and soft-skills. Currently supporting front-line agile projects in Objectivity.
See all Paweł's posts 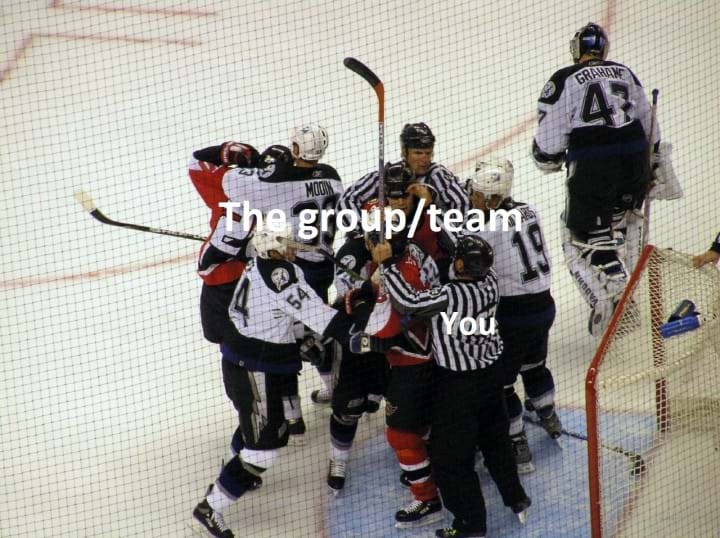 “Hey, I have an issue with my new team. Last week they were all exchanging stories about their previous projects, smiling and walking to lunch together and now they are all speaking ill of each other, shouting and now two guys have even stopped talking to each other. What the %$#@ is going on?”

Relax, you are now in a very special place called ‘Storming’.

After the initial phase of getting to know each other, some interesting things will happen. First of all, group members will start to work on their tasks and inevitably they will notice some interdependencies. This will lead to the realization that there are different ideas on how to solve some problems or complete tasks. Second of all, people in the group will test the boundaries around them more and more. They will expose more of their ‘true self’ to the rest of the group and eventually touch sensitive subjects (related to personal values, identity, mission statements, etc.). And lastly, different roles will start to emerge – leaders, supporters, rebels and others. This will lead to a phase where conflicts will spring to life. It will be a difficult time for both the leader and the team. It is, however, essential not to try to quench it before it fully runs its course. This is the cleansing fire that the team needs to go through in order to reach high efficiency.

This phase of group development is called Storming, Conflict, Fighting and Interdependency. Most of the researches of the linear model agree that at some point in the evolution of the team, conflicts, different points of view and individualism will start to play a significant role. Many argue that this phase cannot be avoided – that a group of people will eventually go through this conflict phase, given enough time. In my experience, this phase is the most critical one on the journey to high performance.

During this period of time, the team members learn that they are different. Obviously, adult people already know that, but it is one thing to know that people are generally different and another to face those differences in daily work AND accept them. To build an effective team working for a common goal, people must rely on each other’s strengths, weaknesses and understand AND appreciate their differences – especially in the areas such as values, skills, identity, life mission and even spirituality. Also, by disclosing more and more personal information, sharing personal dreams, goals and values builds up TRUST – an essential ingredient needed to move forward in team evolution.

Let’s go back to the team that I have mentioned in the previous chapter. The one consisting of new people with little or no experience. It was an amazing experience for me to witness such diversity of characters gathered in one place. After some time I spent getting to know them it was clear to me that those different characters and their values will eventually clash. One person was a ‘delivery and speed’ type of person, the other was more of a ‘hold on, don’t forget the quality’ personality. Those two different approaches led to many quarrels (sometimes fierce ones) and the rest of the team started to polarize and took a stand by the first or the second leader. What I did was a series of workshops/discussions and individual feedback sessions to help the team members aware that their strength as a team comes from BOTH approaches and that we should take care about both quality and delivery. This was an easy-to-solve conflict in comparison to the second example below.

With the same team I went through what turned out to be THE most intense conflict that I have experienced (so far) in my professional career. It circulated around… places to sit! What at first amused me (what? Can’t you just switch places?) quickly escalated into a fierce war that spread out across the whole team. After a day of quarrels, I took the whole team to a separate room and told them that we won’t come out unless the situation is resolved because it was killing us. And after an hour of really intense discussions (things almost got physical…) and my mediation/moderation (and at that point I doubted that we will ever end up with a solution), one of the team members came up with a solution that was a win-win for everyone. And that was the beginning of the Norming phase (more about it in the next part).

What I have learned from this experience is that you will never know what kind of individual values the team members will protect and to what extent that they will fight with the world for them. It might be something important from your perspective (quality of code) or trivial (places to sit), but it will sure be important to them. You need to observe the situation and react accordingly. Listen, try to understand and help the team to get through this.

How to recognize this phase?

Here are some advice on the do’s and don’ts when going through this difficult stage with your team: