SQL Server 2012 End of Support — What Are Your Options?

Solution Architect with over 17 years of experience in commercial software development. He provides consultancy services and he’s responsible for defining the overall structure and architecture of large cloud solutions. Konrad helps development teams in efficient delivery of clients’ projects.

Microsoft’s policy dictates that each version of SQL Server is supported for at least 10 years. The support lifecycle consists of 5 years of Mainstream Support (functional, performance and security updates) and 5 years of Extended Support (limited to security updates enabling the product to remain compliant with modern standards). On 12 July 2022, the Extended Support for SQL Server 2012 will be terminated, so the servicing and support for this version will no longer be available.

Of course, it doesn’t mean that your database will suddenly stop working on that day, but there are multiple consequences associated with that change. First, using an unsupported version of the platform poses an immense vulnerability and security risk, resulting in serious problems with compliance. Moreover, most industry standards, external regulations, and certifications require the use of supported systems.

In this situation, inaction is not an acceptable option for most organisations. So let’s quickly go through the possible choices to deal with the end of support for the SQL Server 2012.

Upgrade to a Current Version of SQL Server On-Premises

An on-premises upgrade provides the most control over features and scalability, together with environmental consistency. There is little risk for existing database application because of the database compatibility level, which could be set to the same value.

On the other hand, this option requires the biggest upfront investment. Remember that next year, the support for Windows Server 2012 will be terminated as well. Upgrading both servers at the same time will increase the cost and complexity of the process.

Microsoft left an option for those who aren’t ready to upgrade their system or migrate to the cloud yet, although it’s limited only to customers with Software Assurance or subscription licenses. This possibility is available for the next three years, but it’s not the most cost-effective choice. The cost of Extended Security Updates is approximately 75% of the on-premises license cost annually in the first year, 100% in the second year and 125% in the third year. You should also remember that this kind of support is limited to only critical security issues. In essence, it’s just buying more time to perform an actual upgrade or to move your system to the cloud, and we recommend treating it as a temporary fix.

You also have the possibility of migrating your system as-is to Azure SQL Virtual Machines. It’s the fastest way to migrate to Azure, as there are minimal or no changes required for the existing applications. Additionally, Microsoft provides some incentives that allow for cost reduction. First, you can receive free Extended Security Updates for three years after the end of support. You can also cut the cost of the cloud infrastructure by utilising Azure Hybrid Benefit, which allows you to use your on-premises software licenses on Azure. Finally, in some cases, you can save even more money by choosing to pay only for hourly usage.

It’s important to remember that in the Infrastructure-as-a-Service model, you will still have to manage both the SQL Server and the operating system. Moreover, when changing the CPU or storage resources, you might experience some system downtime. Most of the complexity of this option is associated with configuring the virtual machines to integrate with your networking and the Azure Directory infrastructure.

The last option is to deal with SQL 2012 end of life with a cloud migration in the Platform-as-a-Service model, which allows for offloading both hardware and software maintenance. This, by itself, often results in a significant cost reduction. Simultaneously, the automation of backups and updates saves a lot of maintenance time. The possibility to scale up and down with no downtime and pay only for the actual usage can help you reduce the expenses even more. However, everything depends on the characteristic of your system and sometimes paying upfront for the anticipated resources required could be more cost-effective. Additionally, this option always provides access to the latest SQL features. Coupled with database compatibility setting, it minimises the risk of any functional or performance-related problems with the existing database applications.

There are, however, some limitations which should be taken into account before making your decision. While in the PaaS model, most on-premises SQL Server features are matched, there is no full feature parity. Also, the on-premises solution allows for creating a database of the size up to 524 PB, whereas Azure SQL Database has a limit of 256 TB and SQL Managed Instance — 8 TB.

For quickly addressing the problem with the end of life of SQL Server 2012, the lift-and-shift strategy and moving to the PaaS model seems to be the most appealing choice. For most organisations, it likely will be the easiest option to execute, while resulting in cost reduction and safety for the future.

Nevertheless, it’s worth to consider this as an opportunity to modernise more than one component of your legacy system and leverage the full potential of cloud solutions. With the right approach to the challenges presented by this kind of project, it’s possible for your business to benefit in multiple ways, achieve several objectives, and reach your goals more effectively.

Solution Architect with over 17 years of experience in commercial software development. He provides consultancy services and he’s responsible for defining the overall structure and architecture of large cloud solutions. Konrad helps development teams in efficient delivery of clients’ projects. 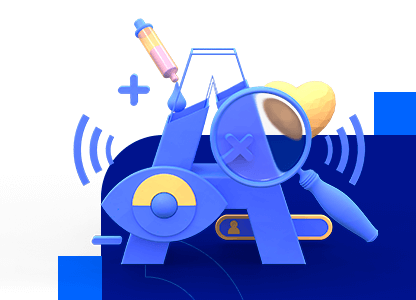 Building layouts in Mendix Studio Pro is a straightforward process. It’s mainly based on using ready-made components. Each of the components has its own "Properties". This allows you to change their default settings and appearance. ... What makes low-code such a fierce up-and-coming contender in today’s digital landscape? Is it low-code’s unique capability to enable collaboration between...

Web developer's work is becoming more and more concentrated on the browser side. Nowadays, applications have extensive business logic on the client side,...