All 342 Technology 174 Business 77 Project Management 17
Tomasz Sroka
I am Business Intelligence Developer for over 4 years. Before that I was working as IT Analyst and Support Specialist. I specialize in Microsoft stock, but I never say no" for different technologies.
See all Tomasz's posts

The SQLBits conference sets its self apart from other conferences, not only with its themes but its choice of speakers. A whole flock of Microsoft techies spoke at March’s conference. Microsoft Partner Director of Engineering Rohan Kumar gave the keynote at this year’s conference. Other Microsoft speakers included Distinguished Engineer Nigel Ellis, Partner Software Architect Conor Cunningham and Mark Souza, General Manager Microsoft Azure Customer Advisory Team, as well as a host of other SQL heavy hitters.

This was my first time attending the conference and my first impressions were very positive. There were many technical lectures, workshops and sessions, which were all taught by Microsoft Certified Masters. Everything was very well organised and there were lots of opportunities to network and meet new people. If you didn’t get a chance to network during the day then the superheroes themed parties in the evenings provided another opportunity to network in a more informal setting.

All of the session information and materials from the conference can be found here. From my perspective, the most interesting and useful sessions were:

Gems that I took away from these sessions were ways of carrying out continuous database integration, delivery and deployment and practical guidelines for clever use of charts and graphs.

Ways of carrying out continuous database integration, delivery and deployment

When discussing continuous database integration, delivery and deployment, there is one condition: Database source code should be managed in the Version Control System (VCS). It turns out that 24% of DBAs do not manage their database source codes in VCS (according to Redgate’s poll of 377 developers conducted on SQLservercentral.com at the end of 2013). If you have databases in the VCS then there are three basic rules to deploying a continuous database process:

These rules are generic and may not address many of the doubts that you might have but it’s important to understand that every continuous database process is different. You have to be prepared to solve some custom problems during implementation. Invest time in this area as it’s unrealistic to resolve some problems over a short period of time. You have to improve the process constantly. To summarise, a tool that support continuous database process is crucial but you can create effective ways to support this process using any tool from the market.

Practical guidelines for clever use of charts and graphs There are many different ways of presenting data with charts (graphs), reports, diagrams and dashboards. However every element of the data presentation interface has detailed recommendations and you should not build any user interface without a basic knowledge of these recommendations. To be clear, by “recommendations” I mean:

So do not have reinvent the wheel! You can just use rules that have been developed by some really smart people. Three simple yet essential guidelines to keep in mind are:

As you can see I’ve really learned a lot from the conference. The SQLBits conference is just on another level. You have to go in order to understand how amazing of a conference it is. To have some of the best minds from Microsoft, a great venue and incredible organisers all in one place makes this conference really special.

If you want to register for the next one, the bad news is that the dates haven’t been announced yet – but the SQLBits organisers have announced on Twitter that they are discussing the next conference so keep an eye on their Twitter profile here for announcements.

Tomasz Sroka
I am Business Intelligence Developer for over 4 years. Before that I was working as IT Analyst and Support Specialist. I specialize in Microsoft stock, but I never say no" for different technologies.
See all Tomasz's posts Web developer's work is becoming more and more concentrated on the browser side. Nowadays, applications have extensive business logic on the client side,...

How long do you think it takes to remove and retire a system for a typical large organisation? If you are one of those who thinks a few days or a few weeks... 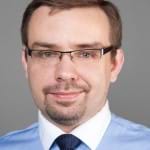 In my teens, I spent countless hours playing real-time strategy games, starting with Dune 2, first of the genre. I had quite a lot of fun figuring out the ways...