Down the rabbit hole

Recently we received information indicating that it’s worth trying to use the virtual library. Books in the area of IT are quickly outdated. I thought, great idea! Our reliable reception desk angels contacted Safari Book and for a period of two weeks we conducted a trial with 20 users. Unfortunately, only two people have tried using the new system, so for such a small sample it is difficult to decide whether this has been a good step. Lessons learned – not to try again? We are not easily deterred! Maybe the users were mismatched, or the timing was off (holidays), or maybe the idea of a company library should be changed. We are in the process of analyzing it.

Every day we see a gap between our imagination of the land of milk and honey and real life. Every day we decide what we will do or not do. Often we choose NOT to do something. Change breeds fear of the unknown and stops us from getting comfortable. But without change we would still be using analog computers.

If you finally decide to choose DO, then try to name the GAP. Usually it is a bottleneck, repetitive mistake, implemented crap, something that pissed off the customers, findings from internal or external audits (some of you already share in the magic that is auditing) and finally all of the uncomfortable things, which you know how to improve. For more details click below picture. 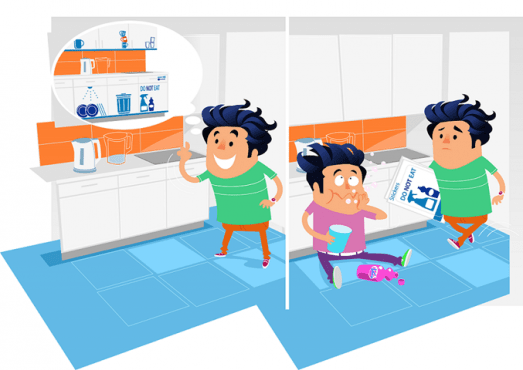 So, if you come across a cause for concern (let’s say – an inaccuracy, something harmful for Objectivity or a breach of confidentiality such as the passing on client's information) you can explain it in terms of a specific gap in knowledge or even the absence of an answer to a frequently asked question. Moreover, if you have an idea which will change the world (or at least the Objectivity world) raise a GAP via Sharepoint! There will be a form to fill in, of course, and that’s where all of your reconnaissance efforts come in. And then the Quality Team will deal with it. 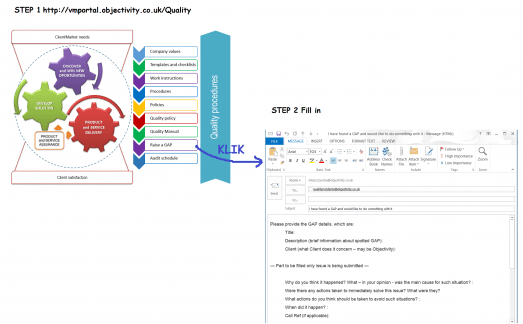 Objectivity values state that we are not backing away from the pain, but learning from it. I heard a story about a corporation; when analyzing a complaint, the manager had stated that the non-conformance occurred from an operator error. The operator had missed a step in the process. Knowing that operator errors are not acceptable as a corrective action response the boss wrote back that they must dig deeper to solve the root cause, and asked what they would do to prevent this issue from ever occurring again.

The manager wrote on the report "Operator to be taken out back and shot." The boss wrote back that he would need objective evidence that the operator had been shot and that an Obituary would be needed to close the corrective action. The manager made a mock newspaper clipping of the events that lead to the operator’s demise and sent it back. This time he also included the true root cause.

I can assure you that nobody will die as result of corrective action (probably ;)). Do not leave improvement an undiscovered area. GO FOR CHANGE.