How to needlessly lose your time

This piece is an introduction to several articles about challenges you need to face when you publish and maintain mobile applications in the Google Play store. After reading it, you should know what NOT to do at the stage of application maintenance.

This piece is an introduction to several articles about challenges you need to face when you publish and maintain mobile applications in the Google Play store. After reading it, you should know what NOT to do at the stage of application maintenance.

Developers of mobile applications face many problems from the beginning of the development cycle. An initial challenge is to choose the relevant technology and approach; whether the application should be native or developed using hybrid technologies (Xamarin, Ionic, PhoneGap, etc.), which libraries should be used to create a functionality. The next challenge is to select the controls, the appearance of the controls and provide support for all possible cases of functionality use.

Where have I made the mistake?

We’ve developed an application that is excellent in technical terms, we’ve used new solutions and libraries, all the tests lighted green, our friends compliment our application, so everything should be just wonderful! However, a small number of downloads and lack of comments in the online store prove something completely different. Where have I made the mistake?

Each of us has a few brilliant ideas daily, such that might address a life problem, for example creation of a system to predict the winning numbers in the lottery, a system to detect free parking spaces, or many other equally revolutionary ideas. We start from an idea that will sooner or later be verified by the application users.

A few years ago, still at the university, we had a friend called Paweł. He was one of the type “I’ll manage to do it at the last minute, or a bit later”. All of us know someone like that. In order to motivate him to complete one of the semester projects (and finish the year in the meantime), we took his playing “cards”, with which he normally spent a lot of time. Unfortunately, it was not a deck of 52 cards – diamonds, hearts, clubs and spades…. They were cards used to play Magic: The Gathering. A few rounds out of mere curiosity, reading the rules – and so we found a new game that has become a part of us with time. One of the options to play MTG is a draft mode, in which you do not need to have your own cards. Players bring 3 boosters (sets consisting of about 14 different cards). The participants choose one card from each booster, and then forward them on. Cards selected in this way will be used as a library to compete with the other players.

The next step, after choosing their cards by all the players, is the game mode, which is a type of a ladder according to the MTG rules. During the round, the players compete with each other for as long as one of them wins twice or the time of the round is up. It often happened that more than one person had the same number of points.  So, how to quickly find out, which player is the best one?

In this case you need to check the principles and rules and count everything yourself. However, what exactly do you need to count? Who’s won with whom, with what advantage, what were the dependencies between the players, i.e. winning with the player that has more points is always better than winning with the player who has less points. In order to increase my knowledge about MTG, I’ve developed and published an application not previously available in the Google Play store.

Having developed the application, I started to use it when I was playing with my friends. The application was a “judge” and an “oracle”. All of my friends used the app quite intuitively, so I thought that it was the time to share my “child” with the world.

The first publication in the market is always quite stressful. You never know if the application is not suspended for some reason, and the processing itself takes longer than the update. Buying a Google Play account is $25. In addition, I’ve made a few screenshots and added the application descriptions in several languages. Already after a few hours, the application was available to everyone.

I was aware that the application’s target group is quite narrow, but I was hoping to win the market, to have hundreds of downloads a day, a lot of positive comments and negative as well, but just a few. It turned out that I had overestimated it all, very much in fact. Two or three app downloads a day have not demonstrated its high popularity.

The application was designed for a fairly narrow audience. The application helps in only one specific game. Larger stores that offer board and card games have their own tools to appropriately conduct the tournaments. How does my application differ from a store app?

To begin with, it is dedicated to mobile devices, not the desktop. The functionalities of my solution are similar to solutions offered by apps of the larger stores. From the user’s point of view they include the following:

What had I definitely forgotten about? About the step forward. I managed to launch the app on the market, but I had no idea about how to develop it. The application ‘is alive’! Besides, it should also work as a kind of ‘perpetuum mobile’, but the pool of my ideas got exhausted.

In addition, a long time later, when I ran out steam, I realized how short-sighted I had been. The app could have been designed as more generic, i.e. addressing the needs of not only MTG players. Whom else? Players who may prefer other games, such as board games for example.

The application grew in popularity due to MTG-related weekend events held periodically. However, such events are far too little to allow you to stand out.

The name of the application still remains disputable. I called it MTG Draft Calculator, indicating a strong connection with the game. If I wanted to open up to a wider market, I should change the name. Even if the application facilitated holding tournaments in any game, the user could be negatively disposed to downloading an app with “MTG” in its name. A change of the name involves just a few words. On the other hand, those few words are a brand that is already on the market for some time. 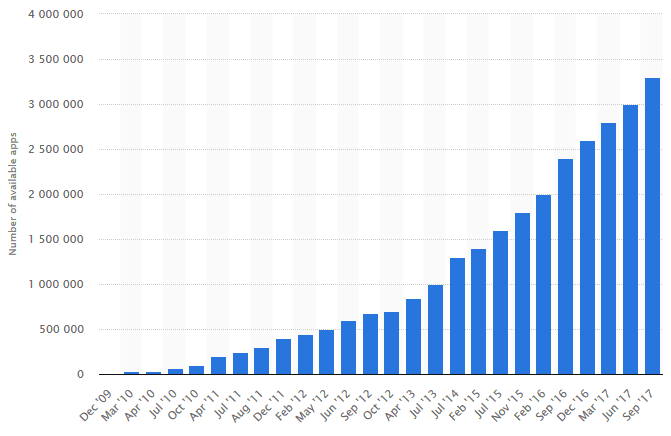 I forgot about the most important thing – the whole Google Play has millions of applications for every life aspect. Due to such market’s saturation, it is very difficult to pick out a new application that could bring something new and useful to your life. Most of the Android apps do not cross the threshold of 1000 installations, making the developers themselves lose their interest in them.

Personas are really important in creating an application

The target group were MTG players, i.e. players of one specific card game. From time to time the players wanted to hold a local tournament, to play in a group mainly consisting of their friends. Such games are usually held at the weekends. Initially, I focused on a group consisting of 4-8 players, but the app was ‘open’ to an increased number of people. A typical player is a male aged between 20 and 30, which means that he has quite a broad knowledge of the new technologies, and as a consequence, has a rather current operating system, and does not care about the auto-updates of the app done in the background, but often ignores the manual updates.

Since I am already aware that something is wrong with the app, I can try to change it. The next articles will focus on my experiences that may help to increase the visibility of the app. Low code development is flourishing. There are many different platforms that allow you to create software faster and more effectively than conventional development methods ... 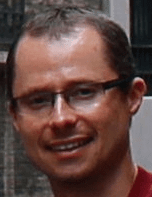 Boilerplate is a startup template for ASP.NET web applications, both Single-Page or Multi-Page. With one click of a button we get a project structure... Jakub Petrykowski
Technology Jun 17, 2014 - 4 minute read
What demos can do for your team

Sprint review demo is a well-established practice for many teams striving for agility in their process. There are obvious reasons for conducting demos...