My Objectivity journey. Changing roles within the company

My journey with Objectivity began in late 2012.  At that time, I was seeking a change and an opportunity of closer cooperation with project teams and the customer.

I was working closely with several project managers, mainly for one large customer. Time was passing by and I was meeting a lot of new people and was gaining new skills. Moreover, Objectivity was constantly growing as a company and so was the PMO team. I remember that when I started working there my employee number was close to 140, and now the numbers exceed 700 – which is a massive change.

Objectivity kept growing and expanding its office. It was time for changes – the company changed its location and moved to a brand-new office. The growth was also visible in the PMO team. More people joined us and there was a need to find its team leader. I decided to take up such a challenge. Since these were also new circumstances for me, I was able to take the opportunity of attending available internal trainings which helped me a lot to cope with this task. I found it interesting, however – as you can imagine – being a team leader is not always an easy job.

Creating my own role

Again, time was passing by and I was leaning more and more towards service delivery and cooperating closely with the Service Delivery Manager and support teams. That made me decide to change my role and learn new skills, so I suggested creating a role of a Service Delivery Analyst. Together with the line manager and tribe master, we shaped the scope of my responsibilities – and so it began officially.

That was a big change compared to the PMO role, meaning I took on more responsibilities and I was exploring areas previously unknown to me. This role also allowed me to gain more experience in a direct contact with a customer, including travelling to their location. That changed the perception of daily duties and lifted customer relations to a higher level. The Service Delivery Analyst role also involved taking part in 24/7 support model acting as a Manager on Duty. Such a direct involvement in an ongoing service delivery is priceless both from the perspective of experience and knowledge gaining.

Time went by and I was getting more and more mature in the support world. Its main driver was the unpredictability of the support world particularly when a company is an element of a large customer’s environment. The variety of subjects and problems I witnessed was quite broad. So was the severity of topics that occurred. Nevertheless, this was actually in line with my expectations regarding this role.

In the meantime, together with the management team, we  found it necessary to strengthen and widen the support team – therefore  a Service Management Office Specialist role appeared. Its aim was to take over some of my routine tasks in order to free my capacity. We also strongly focused on automation to reduce an effort whenever it was feasible.

Currently, there are 2 specialists working in this role and supporting the Operations Guild at Objectivity.

At some point again, I concluded it was time to leave my comfort zone and take up new responsibilities. There was still such an opportunity within Objectivity and same tribe, hence I took up the challenge and started to act as a Service Delivery Manager, which remains my role until the present moment.

Such an attitude to change is useful in the environment we are working in since it is evolving rapidly and is expected to do so for Objectivity in order to respond to customers’ demands and help them grow their businesses.

I wanted to share my story because it shows Objectivity as a company that allows one to change roles and gain new skills. However, it is all up to one’s will and motivation to achieve it. A contributory factor was the fact that throughout all these years Objectivity has been growing as an organisation, and it will continue to do so, hence opportunities are there provided that one is interested. All these changes wouldn’t have been possible without having attended knowledge sharing sessions and both internal and external trainings that were and still are available. Apart from one’s will, I find these,  key elements necessary to make progress in any role.

Lambeth is the largest inner London borough with a diverse and welcoming population of more than 320,000 people. The borough is one of the most densely populated areas in the UK with 12,000 residents per square kilometre. This compares to 5,600 for London as a whole and only 366 for all of England... 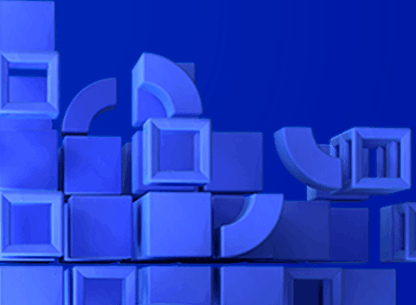 Business 6 minute read
Michał Zgrzywa on Aug 10, 2020
Business at the Speed of Data

Data and Artificial Intelligence have brought about remarkable possibilities. Algorithms can analyse pictures and videos to recognise and localise objects, people and even their emotions. Simulation algorithms can test millions of potential future scenarios to find the most optimal one. Intelligent dashboards are able to summarise complex data, recognise trends, and find anomalies. Algorithms can recommend which actions to take and which products to build, increasing customer satisfaction and informing business decisions...

Business 4 minute read
Błażej Cepil on Jan 23, 2019
Why did we get certificates?

Certificates, when acquired, are a thing to be proud of. At the end, we have a token that says we have a certain competency. We can hang it on a wall or on a...