All 366 Technology 188 Business 85 Project Management 17 News 03
Peter Brookes-Smith
With my share of grey hair, I've enjoyed a number of tech jobs from S360 Assembler developer to Project Manager and beyond. Also 15 years in various pure business roles running parts of the operation in Volkswagen. Husband, father of 5 and glad to share life with Boris and Basil our 2 labradors.
See all Peter's posts

I can hardly believe I’m writing this piece, but after 12 years it’s time for me to move on from a business that I love.

Objectivity had been running for about 15 years before I joined; it was founded in 1991 by Rob and Sush.

I’d met Sush in Volkswagen in the early 2000s and we’d become good friends. When he suggested that we meet and have dinner with Rob who was (and remains) Objectivity’s major shareholder, I had no idea that my life was starting on such an exciting new path.

Our first discussions in the Chinese restaurant were wide ranging and great fun. Rob clearly had a great vision of the business he wanted to build: An international business with multiple national sales organisations serviced by a world class delivery centre in Poland. I was hooked!

Rob had already started a separate operation in Poland. I’ve often thought about his description of landing in Poland, finding a taxi, a hotel, a lawyer, an office and some employees. He’s a truly international player and wasn’t phased by the enormity of his undertaking!

A few weeks later I took a call from Rob and he asked if I could help with some consultancy work for one of his clients. It went pretty well and a short time later he invited me to step in and run the business temporarily while he took an extended stay in Poland to try and get the organisation there functioning more effectively.

Sush rejoined and my temporary stay was extended and extended again. I injected the things that I believe into the company DNA and we started to see the fruits. When Piotr joined a few months later, our management team was in place. Rob and Sush thought it would be good for everyone if I joined the shareholders so 10% was carved off and my temporary stay became more stable!

With Rob’s legendary skills at building long lasting relationships with clients, Sush and Piotr creating capability and capacity for excellence in delivery, Lyn running finance / HR and me gluing it all together, we grew and we grew. The recession came and went. We grew some more.

A while later, I remember a meeting with Rob, Sush, Piotr and Rod; Rob said “We should take a moment and consider what we’ve done. In 10 years, we’ve grown our business by a factor of 10, and we’ve done it with no acquisitions and no external funding. It’s all organic growth.”.

In 2015, Rob was able to step back from the business for an early retirement (or so he thought, but more of that later!). At our Summer Party, his speech was hilarious and utterly outrageous (the details will never be printed!!).

In February 2017 I suffered a nasty dose of “man flu” and as I recovered from that, it became clear that the virus had been more troublesome than normal. I couldn’t think clearly and was badly affected by noise, effort and motion. After a few months, it was diagnosed as Post Viral Trauma. Something similar to ME but without the chronic tiredness. The medics told me that recovery was likely but that it would take a long time. It would be measured in years, not weeks or months.

But I wasn’t in pain and it wasn’t killing me. I could still contemplate hard things but it took me much longer to arrange my thoughts. Sush stepped up to take the reins and many others helped him to share the load caused by my absence. It’s thanks to him and the rest of our people that we managed to keep our business running pretty smoothly.

After 10 months, with no measurable improvement, I sat with Rod and we concluded that waiting for my recovery was not a viable option. We needed to recruit someone to take over and the long search for a new CEO began. Rob stepped closer to the business again and Per joined us at the end of November last year. I’m confident that he will bring his own passion and vision to Objectivity. He will help it become all that it can be.

Today we’re around 700 people and we’ve created a business that we’re all incredibly proud of.

Of course the road is bumpy sometimes and we’ve had our share of robust discussions (!) but I’m proud to say that my time in this amazing business has been the happiest in my life. The list of people who played their part in our success (and my happiness) is long, too long for this post. But I can’t close without a shout out for some of “the old gang”: Rob, Sush, Piotr Sz, Rod, Lyn, Kasia, Michal, Adam, Piotr H, Konrad, Greg, Marta K, Woitek K, Jo L, Justin, Matt and Murad.

There are many, many more and I wish there was room to include you all.

And to our amazing clients (most of whom I can’t mention by name because of NDA) thanks for choosing our business to help with your own transformations, I really appreciate it!

And.... my good friend Sush has also said farewell to the business that he worked so hard to build.

I know that we will spend a great deal of time together in The Wendy House dreaming of interesting things that we can apply ourselves to. Happy days!

So thanks again to all my friends and colleagues that I’ve met through Objectivity, I wish you all the success and happiness that life can bring. 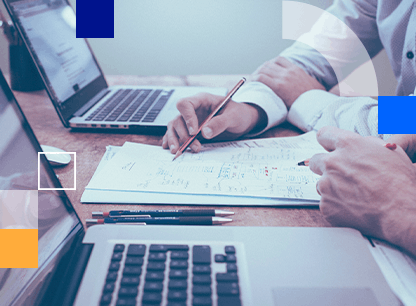 If you’re a Business Analyst, it’s likely that you’ve heard a stakeholder saying something along the lines of: “This is just a simple table to display, it’s not a big deal!”, only to find out that this table contains calculation- and logic-based data that is not easily available. This was my reality when I was working on a reporting module for property management software in the real estate industry... 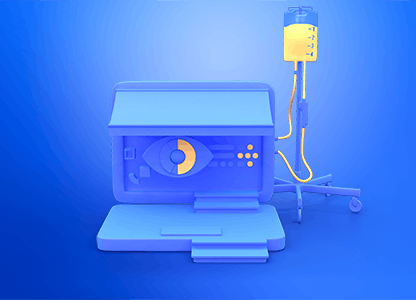 Business 5 minute read
Michał Koziarowski on Dec 2, 2020
IT Support of Retail Operations During the Pandemic

In the current global environment, retail companies can’t exist without the operational day-to-day technical support of their systems. When everything runs smoothly, customers tend to forget about the retail support companies that make this happen. Efforts of people who work in this sector are often taken for granted...

Business 2 minute read
Piotr Torończak on Jan 5, 2016
Hope for the best, but prepare for the worst

If Support was ever to have a motto, it's the one above. The Murphy's Laws rule our job - if there's anything to break, it will break. If it's unlikely to...