Director of Healthcare Services at Objectivity

Andrew started his career on the Financial Management Training Scheme of the NHS, at the Royal Liverpool and Broadgreen University Hospitals. He later spent 10 years at the Department of Health, where he led several national programmes, working at the interface of the NHS and the commercial sector.

For the last few years, Andrew has focussed on Population Health projects and advised governments in the EU and Middle East, and supported health tech companies within the UK.

Part of Population Health is about lifestyle and wellness, as such, Andrew enjoys running with his twin boys and, alongside his wife, supporting their daughter with her Rhythmic Gymnastics ambitions. 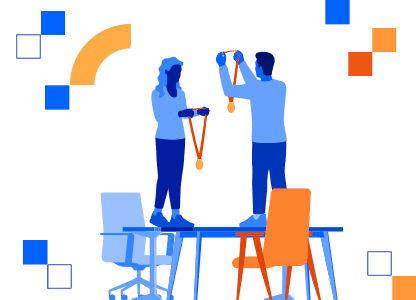 When I first had the pleasure of working with Objectivity, I was struck immediately by the energy and enthusiasm of everyone I met. A real ‘can-do’ culture at its core and an appetite for working alongside clients to really identify and solve problems. The desire to genuinely reach a “Win-Win” solution and build longer-term relationships quickly demonstrated to me that people who work at Objectivity are truly values-driven. They want to do more and do it well, and they also share a common bond through the values they believe in. ...