Are you wondering if it’s worth taking part in Future Decoded? If you ask me, it absolutely is! Before you ask: no, I'm not a Microsoft employee or organizer of this event. I want to tell you about this conference from the perspective of an enthusiast of new technologies and the possibilities they offer to people. There’s no explanation needed to tell you what Microsoft is. The company has its ardent supporters, but there are also those who remain unconvinced. Initially I was in the latter group. I’ve used their products since Windows 95. In the 2000s I worked as a certified Microsoft programmer, but Microsoft itself never really did it for me.

However, my approach changed in 2013, when, at the LeWeb conference in Paris, I heard for the first time what Satya Nadella, then Executive Vice President, Cloud & Enterprise Group at Microsoft, had to say. I was impressed by his entire speech, but two things he said were particularly memorable. In response to the question of what awaits us in 10 years, Satya said: ‘I think it's data and the ability to reason over data that’s probably going to shape more of the future.’ In response to a question about Microsoft, Satya said: ‘Renew yourself everyday’. In retrospect, it’s clear that Microsoft has changed a lot under the leadership of Satya Nadella, and his forecasts proved to be very accurate. I wanted to go to Future Decoded 2018 and see what’s going on in the field of ​​AI & Data and what future the experts see for them.

The Excel conference centre in London was full of people discussing the latest technologies and recent industry trends. During the conference, it was impossible not to notice the ubiquitous mission of Microsoft: ‘To empower every person and every organization on the planet to achieve more.’ I like this mission. People are at the centre, while technology is a tool, a means to achieve an important goal. It was great to listen to the keynotes, meet new people, hear about interesting projects (During the event, Microsoft announced a partnership with British Gas owner Centrica, a deal with NHS Scotland to revolutionise healthcare in the country and cut waiting times, a tie-up with the University of Cambridge to help AI research in the UK, and the expansion of the ‘defending democracy’ program.)

In particular, I’d highlight the keynote presentation by Jenny Lay-Flurrie, Chief Accessibility Officer at Microsoft. I still can’t find her speech anywhere on the web, but you can find more on the subject of AI for Accessibility in the video below.

Microsoft is moving in the right direction, but with 7.53 billion people in the world, they can’t accomplish their mission alone. That is why it’s key to have partners who can help them achieve their goals. Objectivity as a Microsoft Gold Partner has the opportunity to work on interesting challenges that are aimed at solving problems and making life easier. At the heart of the Objectivity brand is ‘Help our customers to solve their business problems’, which is very much in line with Microsoft's mission.

Microsoft’s stock has really gone up in my eyes and I felt ‘proud to be part of Future Decoded 2018’.

If you’re still not convinced, let me just mention that over 10,000 people came to London for this year's edition of Future Decoded. The participants included, of course, experts, partners and Microsoft leaders such as Satya Nadella, CEO of Microsoft, UK CEO Cindy Rose, and UK Chief Technology Officer Michael Wignall.

Every new technologies enthusiast could find something of interest – the event is not only an opportunity to learn something new and meet interesting people, but also to get priceless inspiration.

So, what about it, will I see you at next year’s edition of Future Decoded? 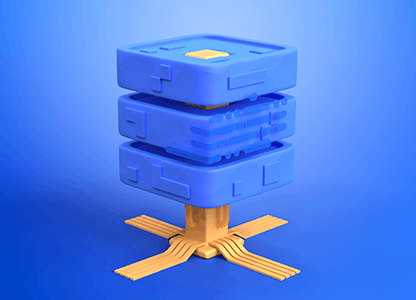 Every company that uses IT solutions in the core of its operations would agree that ensuring constant support, performance monitoring, continual service improvement and stability is crucial to success. At the same time, building a robust IT support department can be an overwhelming task. ...

Low code development is flourishing. There are many different platforms that allow you to create software faster and more effectively than conventional development methods ...